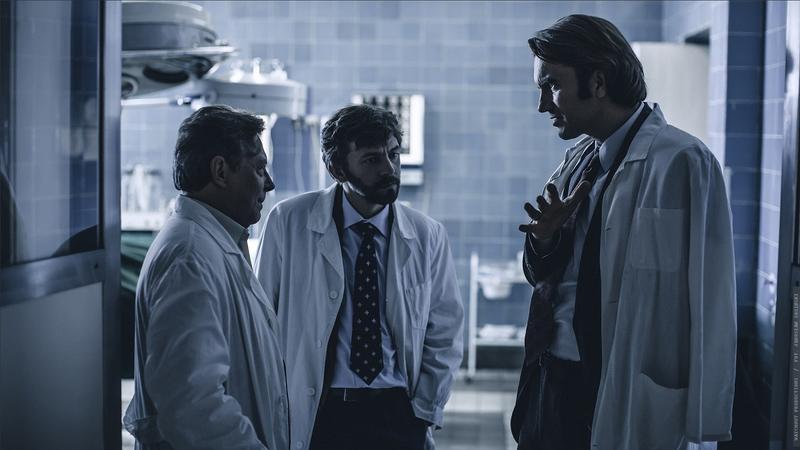 It depicts the early career of cardiac surgeon Zbigniew Religa. Despite harsh reality of the 1980s Poland, he successfully leads a team of doctors to the country's first human heart transplantation.
IMBD here...

From Wikipedia:  [...]  Gods (Polish: Bogowie) is a 2014 Polish dramatic feature film directed by Łukasz Palkowski. It is based on the life and career of Polish cardiac surgeon Zbigniew Religa, who performed the first successful heart transplant in Poland in 1987. The movie received the Golden Lions award for best film at the 39th Gdynia Film Festival (2014) and the Eagle at the Polish Film Awards (2015).

The Guardian review: You wouldn’t think a film about cardiology in Poland would be such a kick, but Bogowie (“Gods” in Polish) is a fast-paced, soapy pleasure, sort of like ER or Grey’s Anatomy, but with the 1980s setting adding a judicious dollop of iron-curtain period kitsch. Tomasz Kot plays Zbigniew Religa, the doctor who performed the first successful heart transplant in Poland after battling opposition from colleagues and struggling to set up his own clinic. A big, strapping bear of man who chain-smokes throughout (those were the days), he tools about the country in a fabulous lime-green tin can of a car and won’t give up on a patient. A brightly limned roster of supporting characters, from tough-cookie nurses to patrician superiors, orbit about him, snapping out great chunks of medical dialogue. The film-making is a bit old-fashioned, especially the swelling orchestral score, but it tells a fascinating story well and ably captures a specific time and place in medical history.

Interesting response to the Guardian's review from Central and Eastern European London Review: [...] Religa’s first heart transplant was carried out in 1985. There were failures; there was much literal and metaphorical heart-searching (the squeamish may have to look away at times); but the force of Religa’s character – and of Kot’s forceful characterization  – wins his detractors round. The Guardian critic derided what he called ‘the swelling orchestral score’ and ‘the iron-curtain period kitsch’; but these were of a piece with a time that perhaps it takes a Pole to recall in all its gloom. It does not take a Pole to acknowledge that Bogowie is a film, Religa a surgeon, and Kot an actor, to make Poles justifiably proud.[...]

From The Huffington Post: [...] ‘Gods’ Is One Of The Best Foreign Language Films Of The Year...  A rare breed of spunk and spirit co-mingle in the Polish film Gods (Bogowie), the biopic about professor Zbigniew Religa, who performed the first successful heart transplant in communist Poland in the 1980s. It’s a winning combination destined to win over audiences and some critics. But the biopic, directed by Polish filmmaker Łukasz Palkowski—suddenly on the rise and someone to watch out for—also boasts an addictive charm that’s not easily forgotten. [...]

See you at KinoOKO at April 21!