Kieslowski’s  'The Double Life of Veronique' (1991). Polish/French with English subtitles. 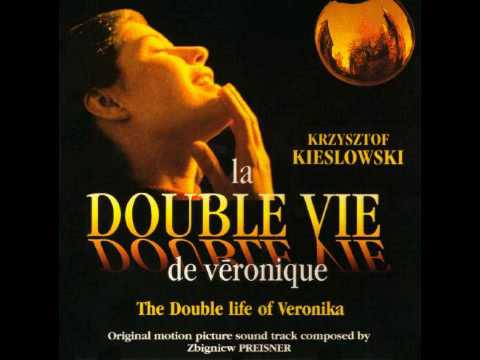 Written by Kieślowski and Krzysztof Piesiewicz, the film explores the themes of identity, love, and human intuition through the characters of Weronika, a Polish choir soprano, and her double, Véronique, a French music teacher. The two women do not know each other, and yet they share a mysterious and emotional bond that transcends language and geography.

The film is notable for Sławomir Idziak's innovative cinematography and Zbigniew Preisner's haunting operatic score. The film was Kieślowski's first to be produced partly outside his native Poland. The Double Life of Véronique won the Prize of the Ecumenical Jury and the FIPRESCI Prize at the 1991 Cannes Film Festival for Krzysztof Kieslowski, and the Best Actress Award for Irène Jacob. [...] More at wikipedia...

Roger Eber (4 stars) full review here:  "[...] This is one of the most beautiful films I've seen. The cinematographer, Slawomir Idziak, finds a glow in Irene Jacob's pre-Raphaelite beauty. He uses a rich palette, including insistent reds and greens that don't "stand" for anything but have the effect of underlining the other colors [...]

The director will NOT be present at the screening - you can read about his life here: [...] Kieślowski's last four films, his most commercially successful, were foreign co-productions, made mainly with money from France and in particular from Romanian-born producer Marin Karmitz. These focused on moral and metaphysical issues along lines similar to The Decalogue and Blind Chance but on a more abstract level, with smaller casts, more internal stories, and less interest in communities. Poland appeared in these films mostly through the eyes of European outsiders. [...]

And here info about Zbigniew Preisner, Kieslowski's trusted  film score composer, whose memorable music  lingers with you long after you finished watching the films: [...]Zbigniew Preisner was born in Bielsko-Biała, and studied history and philosophy in Kraków. Never having received formal music lessons, he taught himself music by listening and transcribing parts from records. His compositional style represents a distinctively spare form of tonal neo-Romanticism. Paganini and Jean Sibelius are acknowledged influences. [...]

I couldn't find  a trailer with English subtitles - here is one in Polish:

See you in KINO OKO!  ola

P.S. Just noticed there is serious, phd-level (or reading-the-tea-leaves-level) Kieslowski's discussion going on on the net; I particularly like this dissertation by Tasha Robinson on the film forum 'Dissolve':

'[...] The first shot of Krzysztof Kieslowski’s 1991 film The Double Life Of Veronique is a pan across a nighttime cityscape, seen through a murky haze of smog… and seen upside down, from the point of view of a little girl being dangled head-downward, as her mother tells her to look for a particular star. Then Kieslowski cuts to a fuzzy blur with a gigantic magnified eye in the middle of it—the eye of another little girl in a different country (but played by the same child), looking at a leaf through a magnifying glass, as her mother tells her to examine it closely and appreciate the fine veins. The next shot, as the credits roll, is a woman walking in a public place, flattened and stretched through a lens, with washes of color and darkness passing over her; it’s hard to guess at her age, or the setting, or the era. In less than three minutes, Kieslowski distorts reality three times, giving viewers no hint how the three strange images are connected. [...]

[...] Even in projects like the Decalogue series, based on the Biblical 10 Commandments, and the Three Colors trilogy, based on the colors and concepts of the French flag, Kieslowski doesn’t tend to underline his themes; he leaves them to the audience to interpret. But here, he tells them exactly what they need to do to make sense of the film: Watch for the details. Accept, even if things seem unfamiliar, or altered from the usual way of seeing them. [...]'

[...]Again, Kieslowski warns viewers that the world isn’t entirely what it looks like. [...]
The rest of the article here:
https://thedissolve.com/features/movie-of-the-week/691-the-dizzying-hall-of-mirrors-that-is-the-double-li/