Between March 15 and April 6, you - the audience - have a chance to decide on the next movie (all with English subtitles). Follow this link for film titles, short descriptions, and to vote:


And the winner is - or rather are - with the identical number of votes: Róża and Tatarak 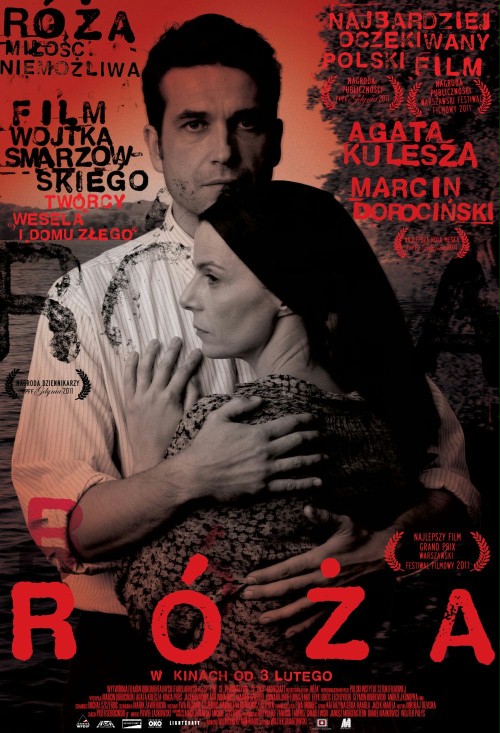 Winner of 6 Polish Film Academy awards, Orły (Eagles), for the best film, director, screenplay, actress, supporting actor, and music score, and the winner of the audience choice award. The film is set in the post-war Mazury region, a border territory, which becomes part of Poland as a result of the Potsdam Agreement after World War II. The tensions of long and complicated history of the region inhabited over the years by Mazurians, Poles, and Germans, further devasted by the war, Soviet soldiers, resettlement drama, and the new, socialist reality, serve as a backdrop for the developing emotional tie between Rose, a Masurian woman and a widow of a German soldier, and Tadeusz, a former officer in the Polish Home Army. The tale of survival, love, and complicated identity, full of violence, at times perhaps difficult to watch, is told through the muted coloring of the lens by cinematographer Piotr Sobocinski Jr. and accentuated by composer Mikolaj Trzaska’s score.

“The film's basic plot is a story about love - tough and built on ruins” (Smarzowski)
“A harrowing tale of survival” (IMDb)
"Almost unbearably brutal yet hauntingly romantic” (Variety).
"From a moral point of view Róża is a Western crammed with violence but filmed without complacency” (Krakow Post)