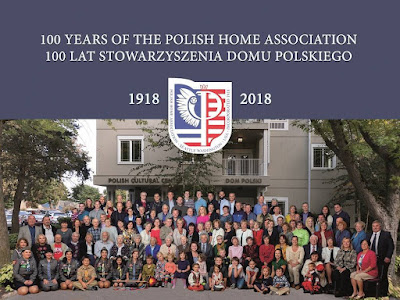 Instead, we will re-screen shown at SPFF 2018 three recent documentaries about Polish Community in Seattle:

•  Passing the Torch: 100 Years of the Polish Home Association
This movie has been produced by the PHA historical video and oral history project in 2017 & 2018. Based on dozens of interviews and a wealth of historical materials it shows the rich history of the Polish community through different eras and the role PHA and the Polish Home played as the anchor of Polish life in Seattle and the Washington state. It shows achievements and initiatives that transformed the Polish Home from an ethnic fraternity into a vibrant cultural center presenting Polish culture and traditions.

Trailer of 'Passing the Torch':


•  Bronka, Lady of the Mountain / Kobieta Skała
This is the second documentary created by director Meleń during her visit in April 2018. The film shows a profile of Bronka Sundstrom, a 93 years old mountaineer guide who lives in a house near the Mt. Rainier National Park entrance.

•  A Piece of Poland in Seattle / Kawałek Polski w Seattle
This movie, commissioned by PHA, shows the Polish community through the eyes of the Polish director Monika Meleń, it was shot during her visit to Seattle in April 2018. Footage of different events happening at that time illustrate the current cultural life of the community while interviews with PHA members show different ways and reasons for Poles to immigrate to the Seattle area.